Mayors and city council leaders throughout the country met in Tel Aviv this week in an effort to encourage the national government to seriously address the issue of food shortages among Israel’s poor. 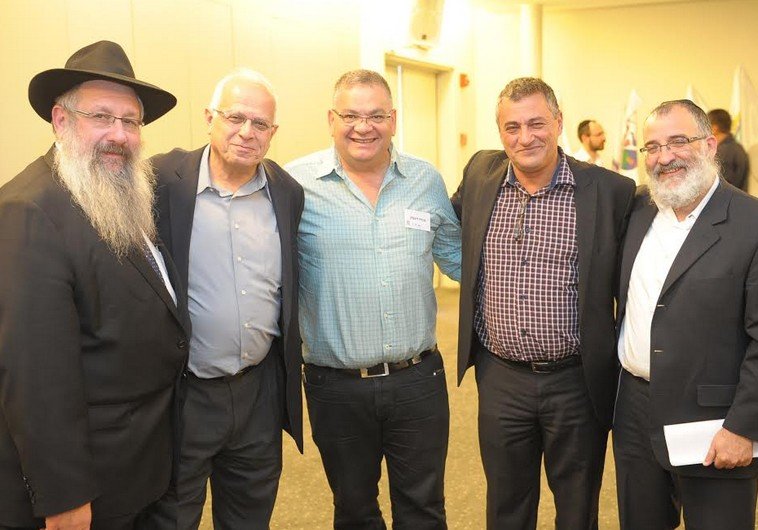 The meeting took place following the release on Tuesday of the National Insurance Institute annual poverty report which showed that some 1.6 million people, including some 750,000 children are living in poverty.

In addition, the conference also marked two years since the founding of the National Project for Food Security, an initiative founded by the Welfare and Social Services Ministry in collaboration with Colel Chabad, the longest serving social welfare organization in Israel operating some 226 years, and the Joint Distribution Committee.

The aim of the project is to promote a situation in which poverty-stricken people and families are not only provided food but also given the tools to escape from the cycle of poverty and end reliance on government or non-profit handouts.

Food Security has become an increasingly recognized term in social welfare programs around the world designed to address the shortage of quality food within poorer populations.

Food Security has become an increasingly recognized term in social welfare programs around the world designed to address the shortage of quality food within poorer populations.  As opposed to just addressing hunger through short-term solutions, the National Project for Food Security hopes to change how and what needy people eat, receive their food supply and are treated.

Mendy Blau of Colel Chabad, who helped develop the program, said that even while he is encouraged by the success of the initiative which has already reached thousands of families, he would welcome greater involvement from the national government.

“Food Security has never been a major priority on the governmental levels because the assumption is that the third sector of non-profit organizations will address these issues. We need the partnership of the government to recognize that if the problem is not addressed, it will create an irreversible challenge for the greater society,” he said.

The project was developed based on principles distinguishing the program from more traditional food distribution approaches. Each of the currently participating 24 municipalities and local councils are mapped to identify relevant families that can benefit from the program yet are positioned to use support to get on the road to gainful employment and financial independence.

The program’s coordinators then develop specific aid packages with healthier ingredients and food items.  Via a computerized system, the beneficiaries are closely followed and their progress monitored.  The successes and failures of the beneficiaries are used specifically to guide the program’s continued development with an active research and analytics system in place.

“Providing food to the poor is very nice and photographs well but the better question is not just giving them food but giving them the right food. Providing them with the wrong food is only exacerbating the problem,” said Dorit Adler, Chief Dietician for the National Council on Food Security.

According to Adler, Israeli women living under the poverty line have twice as high an incidence of obesity as those above it.

Mayors from both the Jewish and Arab sectors saluted the initiative saying it has strengthened their ability to address the challenges facing many of their residents.

Alon Davidi, Mayor of Sderot said that the program is defined by an element of respect for the needy.

“The ultimate goal of charity in Jewish tradition and in Israeli society is not simply to give but to give intelligently and provide those in need with the tools to overcome their challenges and get better integrated into the workforce and emerge from the cycle of poverty,” he said.

Pantry Packers® is a food distribution project of Tzedakah Central/Colel Chabad, the oldest continuously operating network of social services in Israel – established in 1788.